Spinnortality’s coming along well and I thought you might like a quick update! This is where I’m at right now.

And apologies to anyone who Kickstarted the game – this is a duplicate of the KS update you just got.

Basically I added a “grow bodies to transfer your mind into” interface, changed up the agenda interface and added some new interface features to make the moment-to-moment busywork less busy. I’ve also tweaked some algorithms to make the game harder in the mid-game. 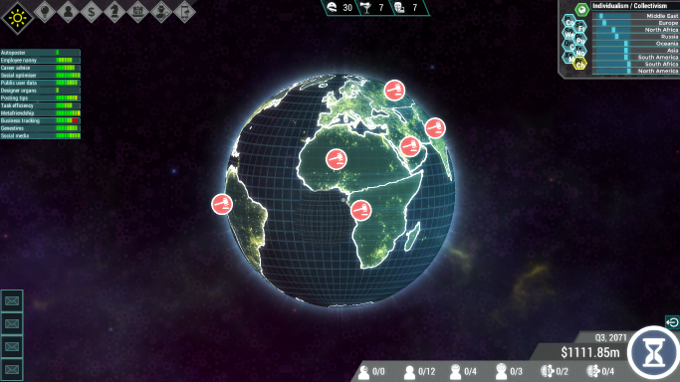 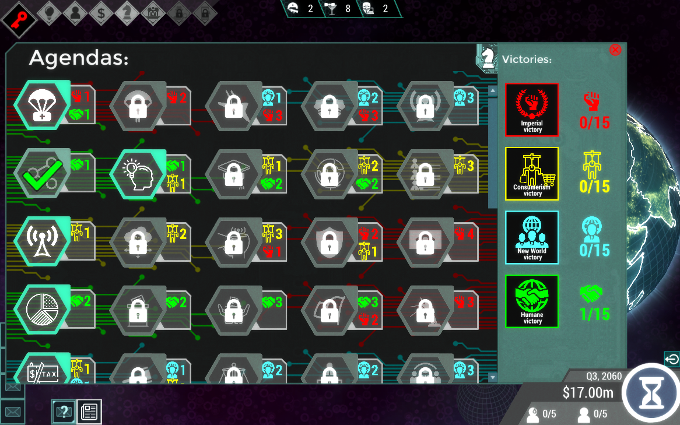